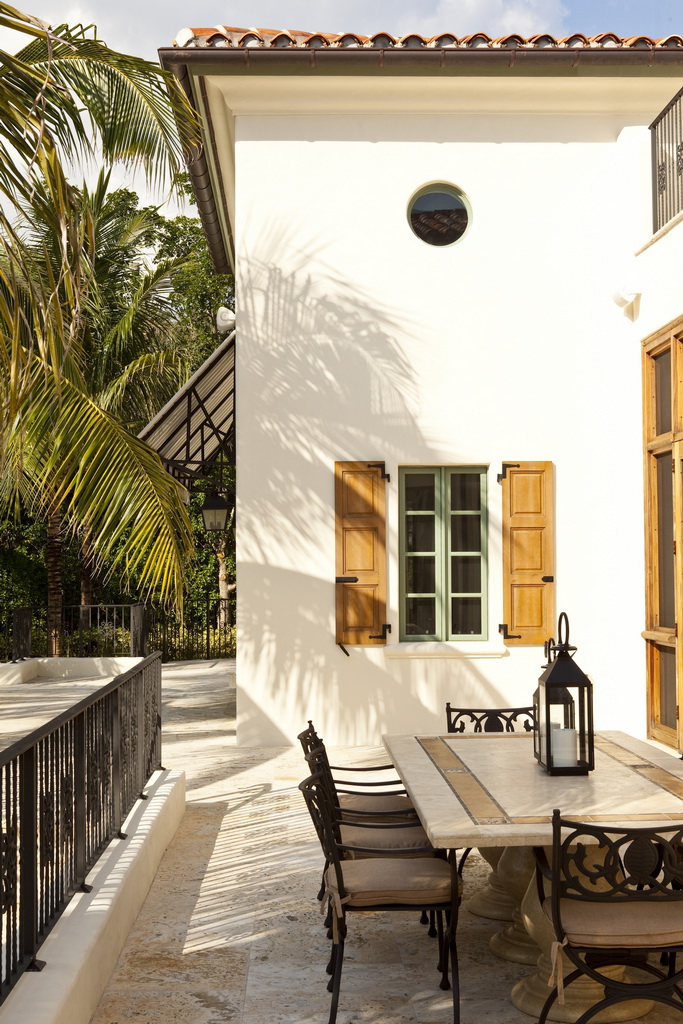 Think Out of the Box – Design Project in Florida

More often than not, William Taylor‘s challenges center on imaginatively capitalizing on limited lots, so this home, which sits on a site that is an acre and a half next to a lake, was a magnificent opportunity to think out of the box. Going beyond the homeowners’ brief to create a quintessential Florida living space. 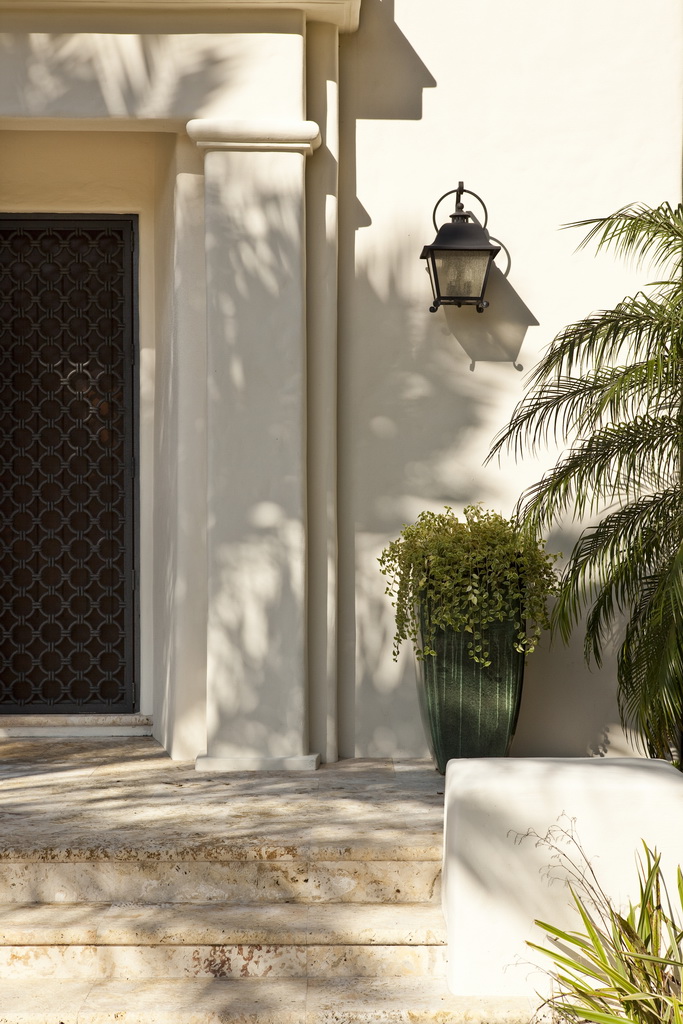 This magnificent sprawling residence was largely inspired by the famed classic California architect, George Washington Smith’s own home – located beside a quiet country road in Montecito. The simple stucco details, the hand-crafted clay roof tiles, the sparing use of native coral stone, and the multiple courtyard layouts conspire to create a timeless and comfortable Mediterranean home in the tropics.

“We have long been inspired not just by Mediterranean style architecture in Florida, but even more by the refined, Spanish inspired designs of George Washington Smith and Wallace Neff found in California,” says Bill Taylor.

The Mediterranean Style Customized Created for the Palm Treed Tropics

The covered outdoor living room or “Florida Room”, as it is often called, became the central feature of this 10,000 square feet, sixteen-room house. Each room is unique, yet the design feels unified with the whole being greater than the sum of the parts. Spread over two floors, the mansion greets the visitor with Mediterranean style customized created for the palm treed tropics. 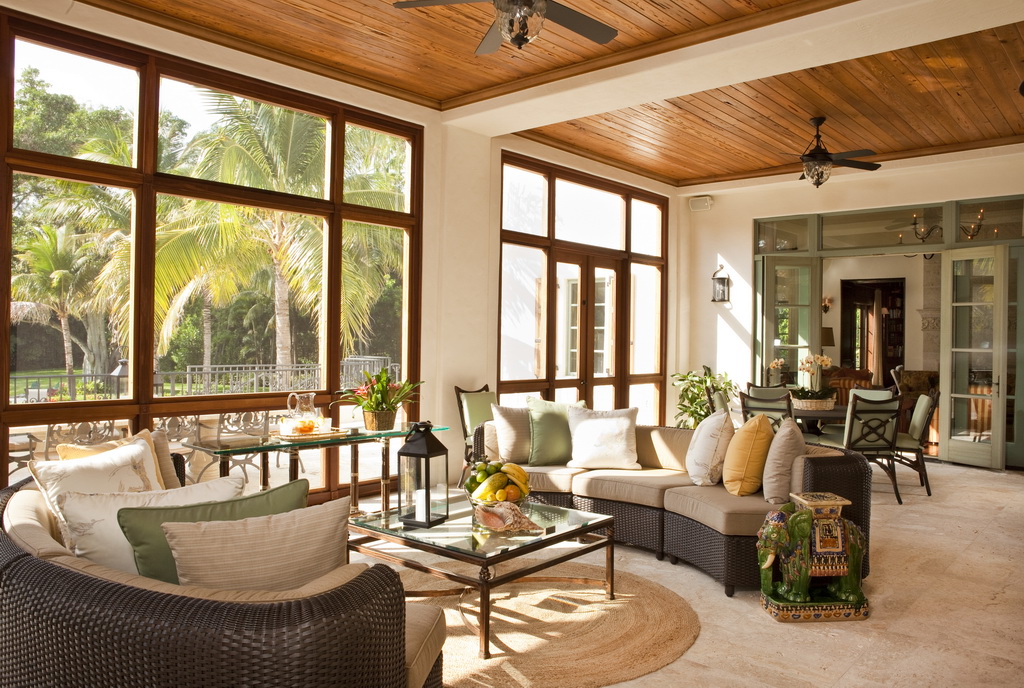 Standing back, one is struck by large, symmetrical primary facades, wrought iron, and a genuine hand-made barrel tile roof, on both the exterior and interiors. Stucco interior walls with windows in the shape of arches or circles, one or two stories high with wood or wrought iron window grilles, and articulated door surround. The tile roofs are genuine hand-made barrel tile.

Details such as brackets, columns, and balustrades all add to the sense of architectural authenticity. The ornamental wrought iron on the exterior is repeated on the inside, along stairways especially. 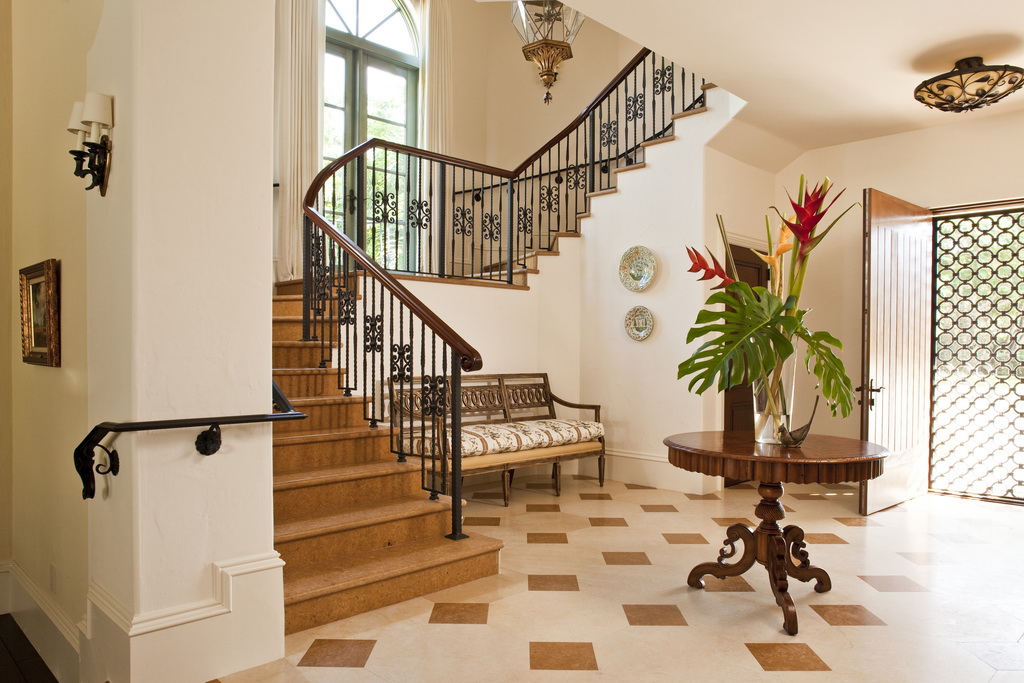 Gold and cream Jerusalem stone create a checkerboard pattern in the foyer. A formal two-story living room with a minstrels gallery and porthole windows provides a second area for entertaining. It was inspired by a 40-foot long living room the owner’s grandfather had built.

The coral rock fireplace was inspired by a similar mantel found in the Biltmore hotel. The carved Florida keystone fireplace is flanked by plaster reliefs that frame the entrance to the walnut-paneled library. A pecky cypress ceiling adds an undeniably tropical feel to a screened-in outdoor living room. 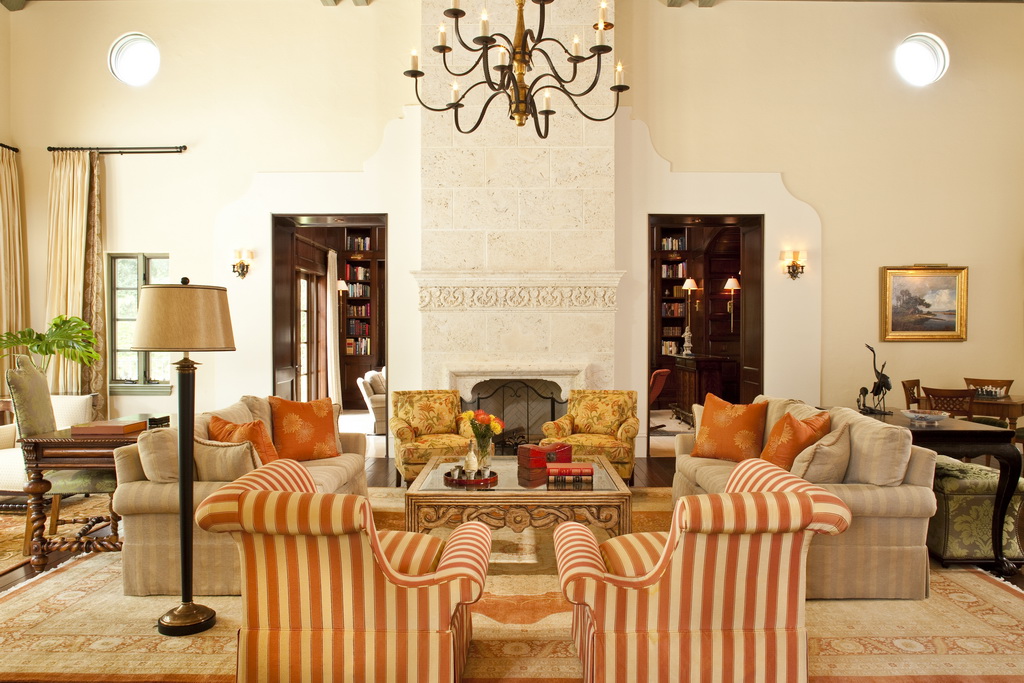