While there’s no doubt that Design Hotels™ is a champion of the particular rhythms of urban bustle, there is also a deep love of lesser known locales. The ones just off the tourist trail that open up a new realm of possibility. They may take a little more effort to get to, but isn’t there a saying about things that come to those who wait?

Nestled in the Caucasus Mountains, Rooms Hotel Kazbegi is situated in Stepantsminda, at the foot of the imposing Mount Kazbek. Up until 2012, the region attracted only the most intrepid of travelers, undaunted by the lack of modern accommodation and limited accessibility. However, since the opening of the 156-room hotel, the destination has re-emerged as a stunning and accessible retreat, offering first-class hiking, climbing and paragliding, alongside some of the best heli-skiing in the world.

The hotel is defined by thoughtful, innovative design that reflects the cultural and visual heritage of its environs. Through the use of natural, indigenous materials, locally produced furniture and traditional handicraft, Rooms Hotel Kazbegi reflects Georgia’s heritage as well as its contemporary identity.

With its spectacular reef-lined coast, it is no surprise that Bonaire is a world-class diving destination, and the coral reef is thriving thanks to the island’s innovative sub-zero coral farm. The island is also gaining a well-deserved reputation as a hot windsurfing hub – even boasting a former world champion in Sorobon native Kiri Thode. A thriving art scene provides another facet to Bonaire’s identity, and Piet Boon Bonaire’s villas play host to works from acclaimed local sculptor Germaine Nijdam, granting guests an unparalleled private viewing.

Located 800 miles off the coast of Portugal in the mid-Atlantic, the Azores islands are one of the most sustainable destinations in the world, where Mother Nature is allowed to run amok in all its raw glory. The 54-room Furnas Boutique Hotel Thermal & Spa is situated on São Miguel, one of the nine volcanic archipelago islands, which is defined by vast blankets of green forest, thermal water springs, lagoons, and prismatic marine life.

Formerly Furnas’ thermal center, the hotel was conceptualized as a celebration of the island’s natural bounty. São Miguel’s thermal spring water enriches the hotel’s spa and wellness center, and a grocery store selling local produce takes pride of place in the lobby. The island itself offers a wealth of activities; from whale-watching and surfing, to hiking and geotourism trails. 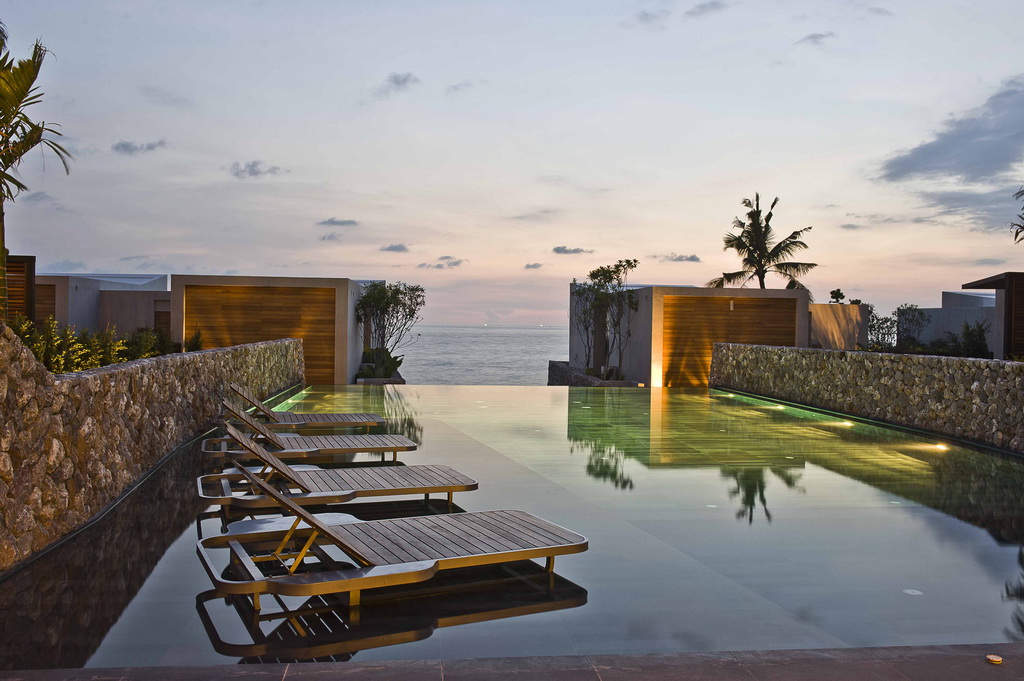 Flawlessly placed on a pristine coastline of Khao Lak, Casa de la Flora’s privileged location is for those seeking the utmost solitude. A dazzling addition to the lush island, this tranquil resort of 36 low-rise villas provides spacious privacy in unspoiled surroundings. Here, sleek cubist structures evoke Brutalist sensibilities only to be softened by the verdant green of tropical flora.

The villas by VaSLab Architecture have their own private pool, and the expert staff provides genuine Thai hospitality where rest and relaxation is paramount. For those looking to expand their skill set, Thai cooking classes and aqua yoga are on offer, while the staff is also happy to set up island hoping adventures to secluded secret spots.